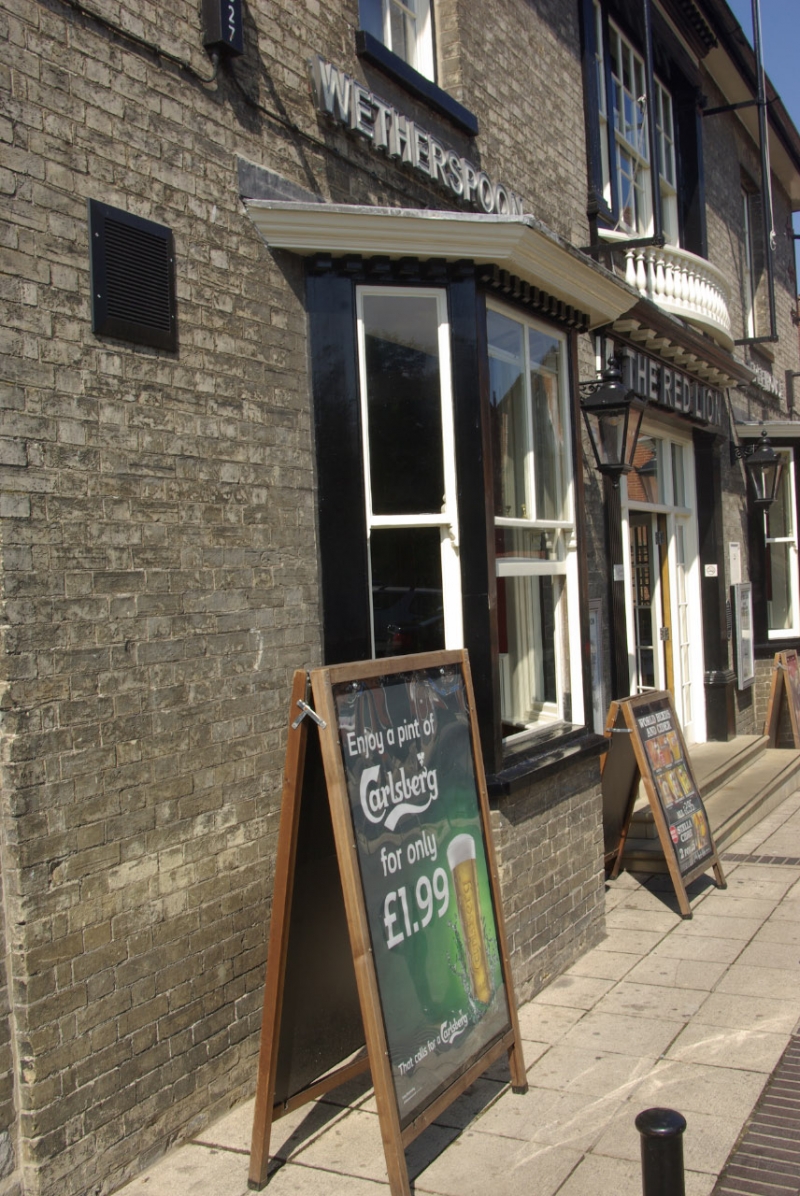 Wetherspoons took over this pub in the market place in July 2012 following a period when it had been closed. Prior to that it was owned by a group of Portuguese businessmen and had acquired a bad reputation in the town, especially after a mass brawl here during the 2004 world cup which made national news.

Uploaded to Geograph by Stephen McKay on 26 August 2013