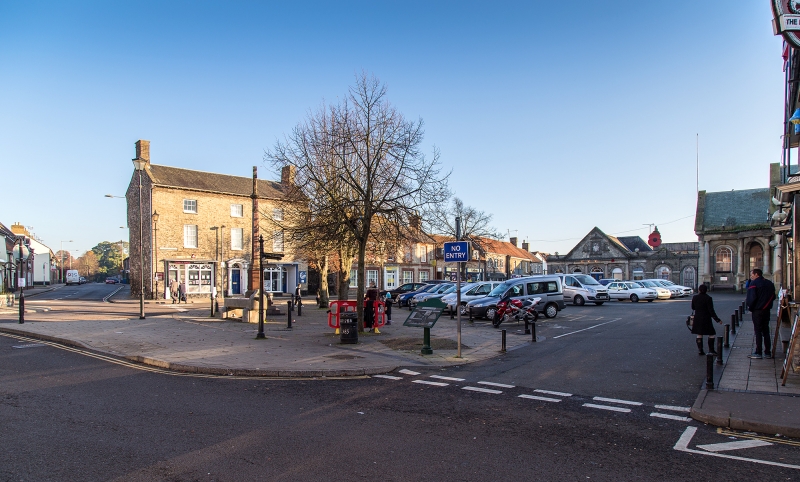 Thetford is a town in Norfolk

Location and coordinates are for the approximate centre of Thetford within this administrative area. Geographic features and populated places may cross administrative borders.

Thetford.-- mun. bor. and market town, Norfolk and Suffolk, at the confluence of the Thet and the Little Ouse, 14 miles N. of Bury St Edmunds and 93 miles NE. of London by rail, 7296 ac., pop. 4032; P.O., T.O., 2 Banks, 1 newspaper. Market-day, Saturday. The bor. comprises the parishes of Thetford St Cuthbert (306 ac., pop. 1628), Thetford St Mary (4620 ac., pop. 1222), and Thetford St Peter (2370 ac., pop. 1182), the last wholly in Norfolk. Thetford was long a very important place. It was probably a Roman station; in Saxon times it was the capital of East Anglia; and in the middle ages it abounded in religious establishments, some remains of which still exist. There are mfrs. of agricultural implements, and some other industries, chiefly connected with agricultural pursuits. Thetford was incorporated in 1573; it returned 2 members to Parl. from the time of Edward VI. until 1867-68.

Thetford in the Domesday Book

A village in Thetford hundred, in the county of Norfolk.