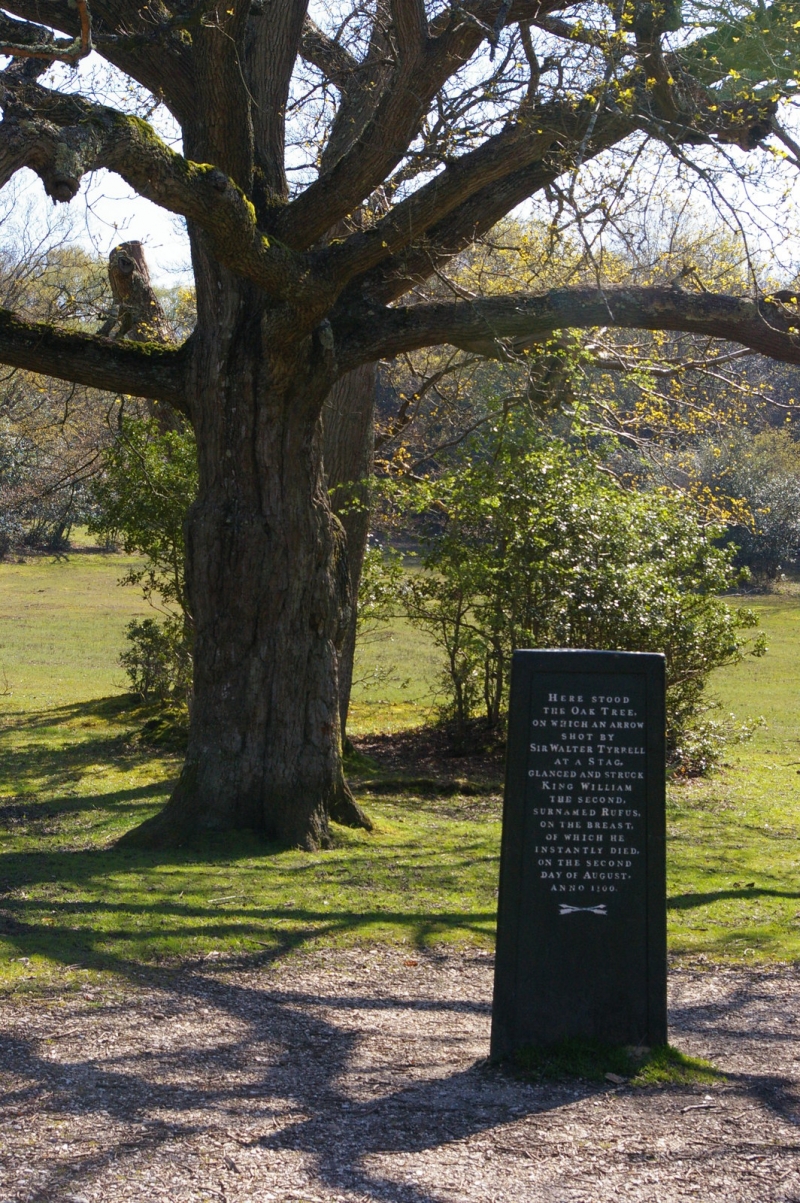 The memorial, an early nineteenth-century replacement, marks the spot where William II ("Rufus") was killed by an arrow which, according to the story on the stone, was aimed at a deer and killed him via an unlucky ricochet. (Given his unpopularity, there is a strong possibility that this was not an accident: it is notable that the nearby pub is named after Sir Walter Tyrrell who fired the arrow, and not the king whom it killed.)

Uploaded to Geograph by Christopher Hilton on 16 April 2014