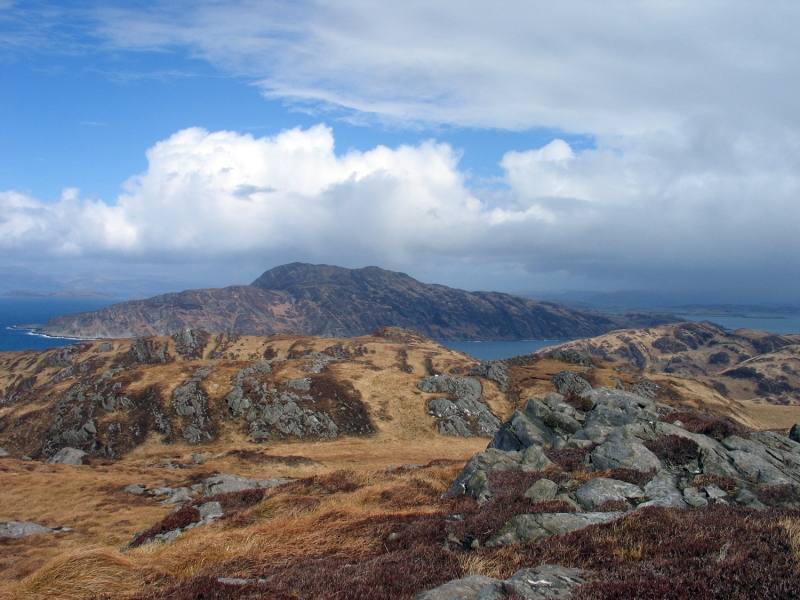 The northern end of the Isle of Jura is a mass of low hills with rock outcrops set among moorland. The view here is to the north from the highest point among those hills out over the Gulf of Corryvreckan to the island of Scarba.

Uploaded to Geograph by Trevor Littlewood on 17 April 2006