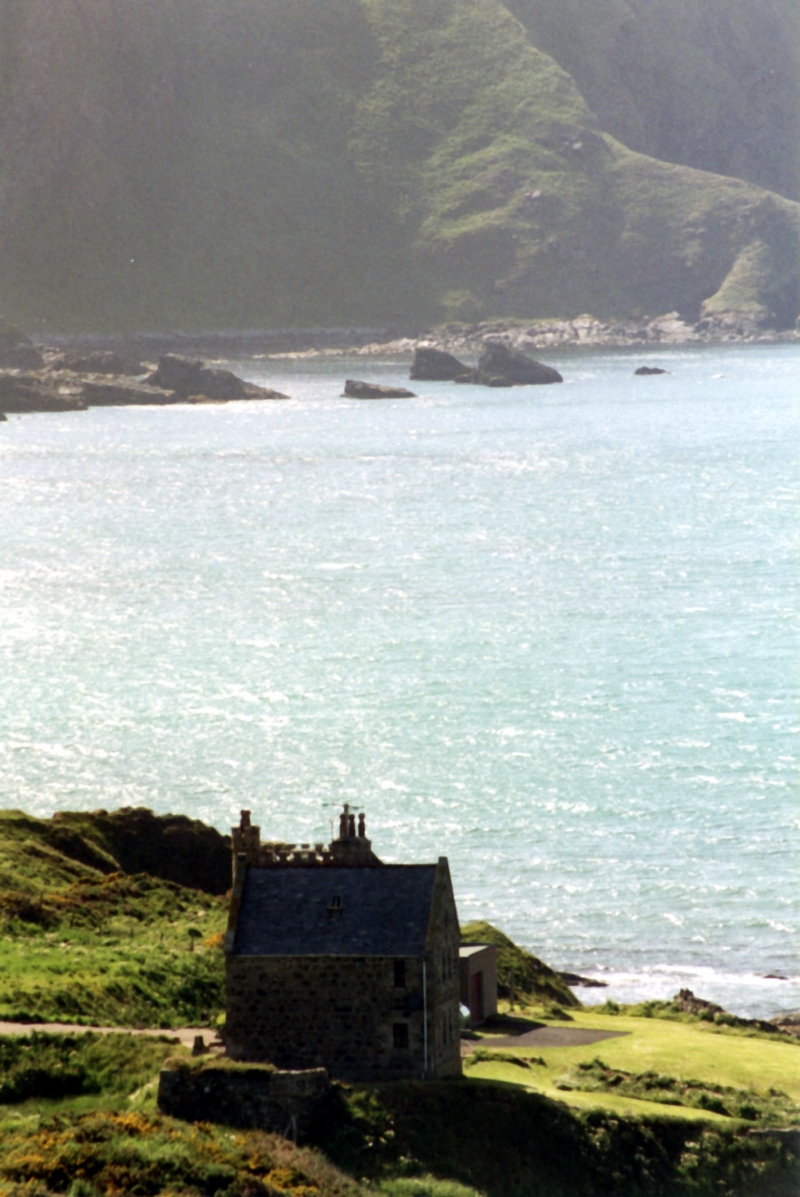 A Category B Listed castellated house built by Air Vice Marshall Carnegie in 1937-8 mostly from the Aberdour Free Church. The house is sited within a Scheduled Ancient Monument. Constructed on the site of a prehistoric promontory fort, Dundarg was a late 13th/early 14th century Castle first mentioned in 1334 when it was besieged by and fell to the Warden of Scotland, Sir Andrew de Moray in December that year. The castle was then abandoned although there is some evidence it was briefly re-fortified, perhaps in the period 1550-60.