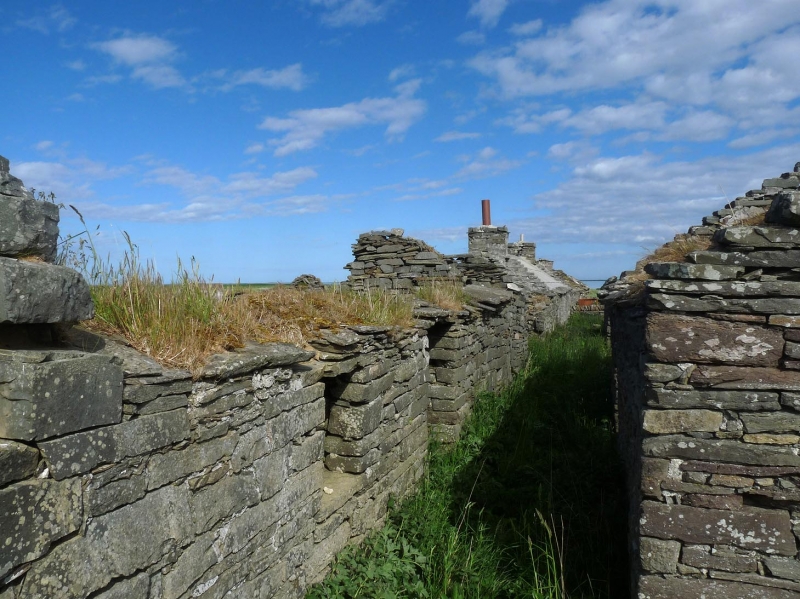 Ortie township was built in the 19th century and comprised two rows of buildings with a narrow passage, known as a kloss or closs, between. The roofs were originally thatched. The thatch was laid over ropes, or simmons, made of oat straw which were strung over the roof timbers.

Uploaded to Geograph by Claire Pegrum on 14 June 2013