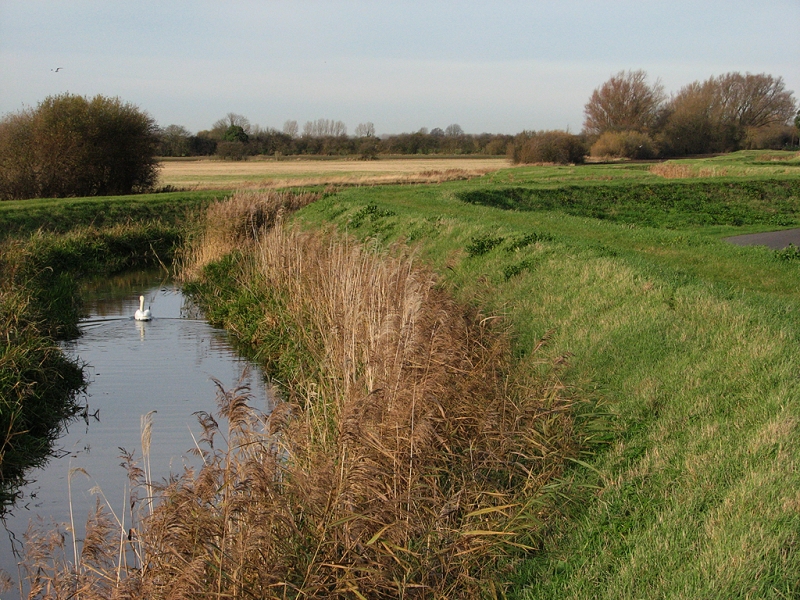 The twists and turns of the Lode and Lug Fen Droveway, which runs parallels to it and is just visible on the right, are foreshortened in this zoom shot. Queen's Fen is to the left. A sparkling December morning was starting to cloud over. [[[2717464]]] is the view in the opposite direction, towards Lode.

Uploaded to Geograph by John Sutton on 2 December 2011