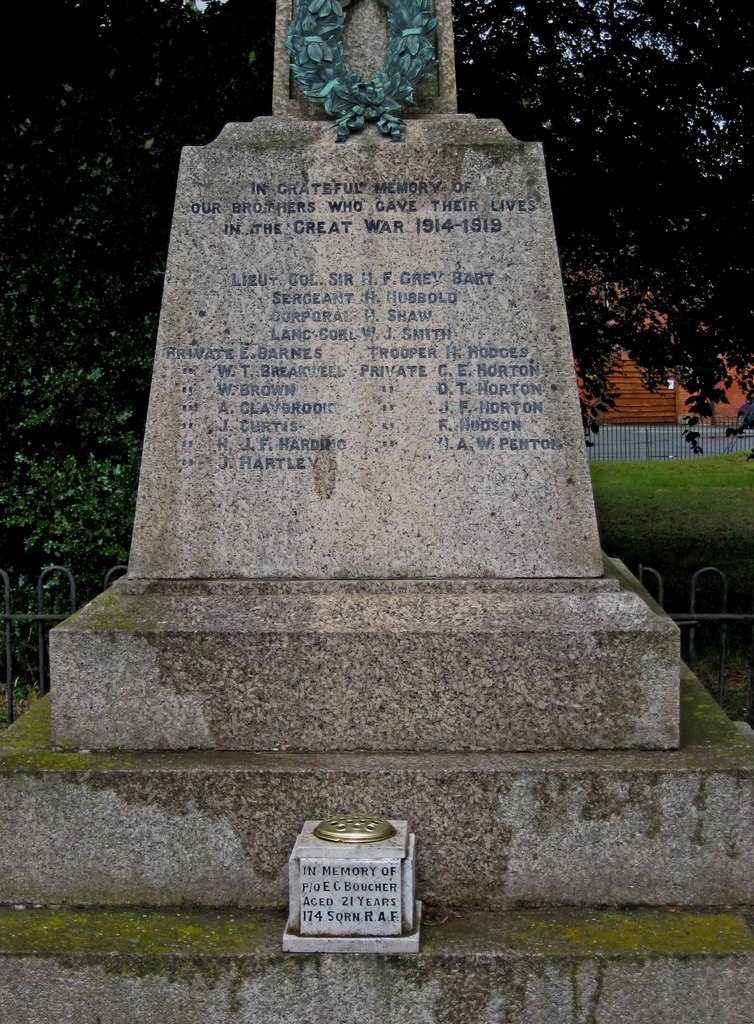 A close-up of the dedication which reads, "In grateful memory of our brothers who gave their lives in the Great War 1914-1919", followed by the names of the fallen. Quite a few memorials give this time period for the First World War, although usually these days the dates are quoted as 1914-1918. This is yet another memorial, in a very small village, which confirms the relatively large number of their young men, who were lost in the War. It must have had a terrible impact at the time, and for very many years after.

Uploaded to Geograph by P L Chadwick on 7 August 2010