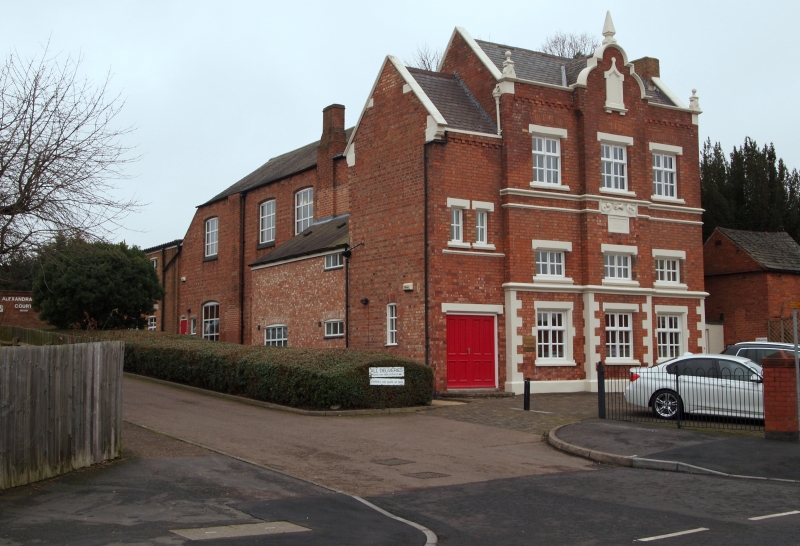 A former 19th century Board School on London Road (the B5403). Choirboy Ernest Bates apparently died here by accident whilst it was still a school. Pupils were acting a play about highwaymen and had borrowed a gun from a local farmer that had lain unused for years mounted on a chimney breast. On the night of the play, in front of a roomful of parents, a boy inadvertently fired the gun and a bullet killed Ernest and seriously injured two other boys. Ernest's grave is in Oadby cemetery. The premises are occupied by a nursery bedding and nursery toy manufacturing company founded in 1989. The side road is a service road.

Uploaded to Geograph by David Hallam-Jones on 7 January 2013