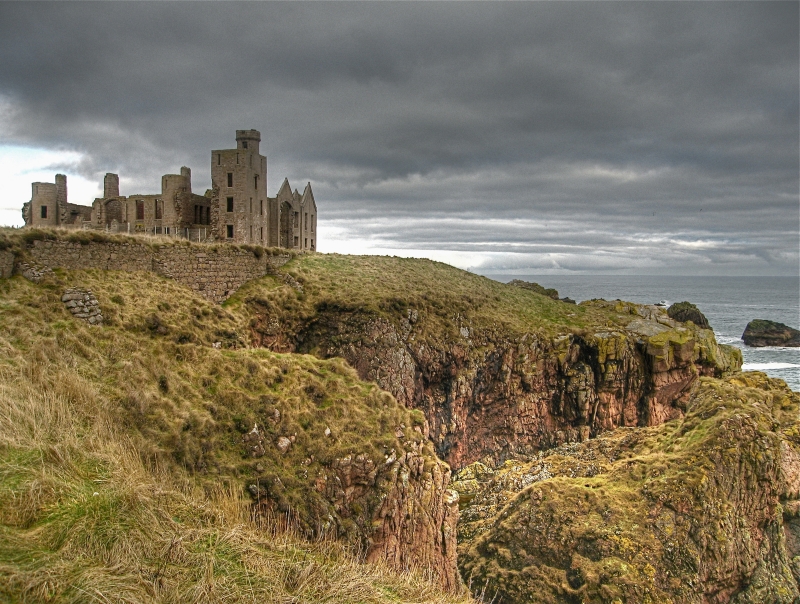 New Slains Castle overlooks the North Sea from the very edge of the dramatic cliffs, a mile north of Cruden Bay. Francis Hay, 9th Earl of Erroll, built the castle after James VI destroyed his old castle following the rebellion of 1594. The Hays occupied the castle for over 300 years but sold it in 1916, after which it rapidly fell into disrepair.

Uploaded to Geograph by Martyn Gorman on 27 January 2011