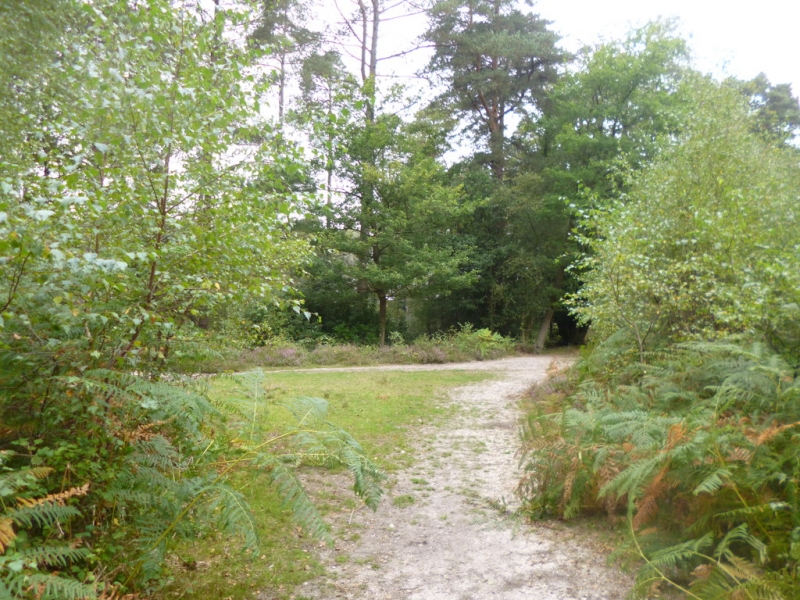 The existence of a section of isolated bridleway in what is apparently open forest can probably be explained thus: the bridleway is not in the ancient forest, originally Royal Forest and with open access; but in a finger of "adjacent common", not part of the original forest, once owned by a neighbouring manor - now the National Trust.

Uploaded to Geograph by Mike Faherty on 11 September 2014