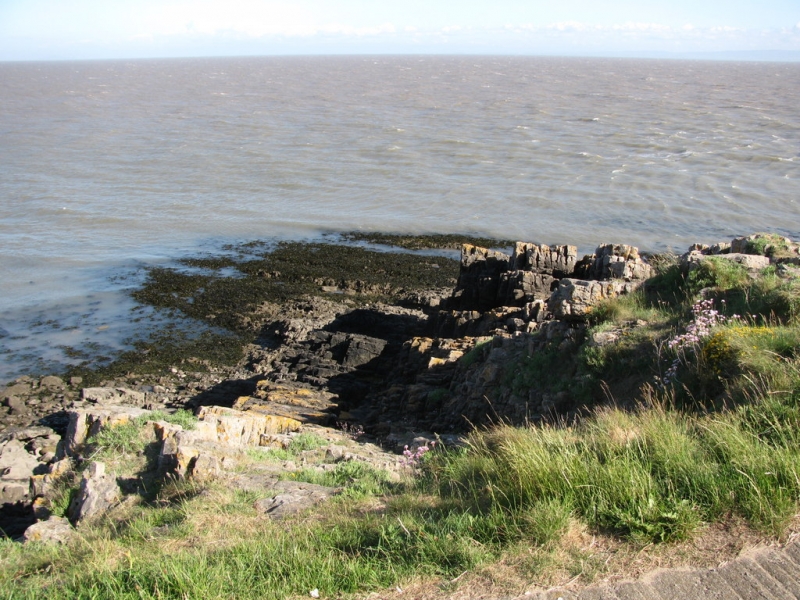 Rocky coastline between Whitmore Bay and Jackson's Bay, seen from the Clement Colley Walk. The Somerset coast can just be seen on the right of the picture.

Uploaded to Geograph by David Roberts on 6 June 2010