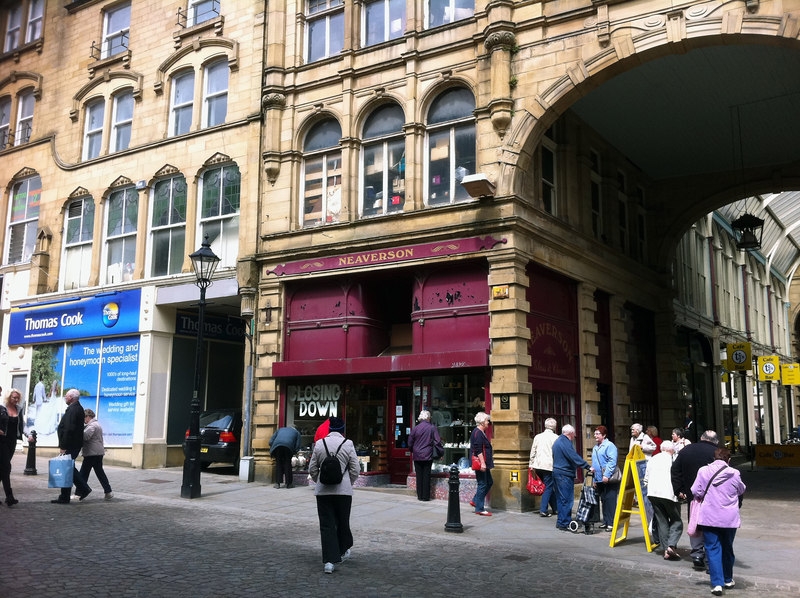 Halifax is a town in Calderdale

Location and coordinates are for the approximate centre of Halifax within this administrative area. Geographic features and populated places may cross administrative borders.

Halifax, parl. and mun. bor., par., and township, N. div. West-Riding Yorkshire, on river Hebble, near its confluence with the Calder, 7 miles SW. of Bradford, 25 NE. of Manchester, and 191 NW. of London by rail -- parl. and mun. bor., 3768 ac., pop. 73,630; par., 82,539 ac., pop. 193,707; township, 999 ac., pop. 42,633; 4 Banks, 3 newspapers. Market-day, Saturday. The importance of Halifax is due to its extensive mfrs., which originated early in the 15th century. Previously it was little more than a straggling village. Its principal buildings are of modern date; excepting the beautiful parish church (restored 1879) of St John the Baptist, which was first erected in the llth century. All Souls' Church, the Square Church, and the Town Hall also are remarkable for their architectural beauty. There are 3 public parks and 2 grammar-schools. The town ranks with Leeds, Bradford, and Huddersfield as a centre of the Yorkshire woollen and worsted mfrs. Carpets, damasks, cashmeres, baizes, blankets, and a variety of the lighter descriptions of textile fabrics, are its principal productions. Many of the inhabitants are employed in coal mines and stone quarries in the vicinity of the town. Ironworks, chemical works, and the mfr. of machinery, are also leading occupations. Halifax (originally called Horton) was made a parliamentary bor. in 1832, and a municipal bor. in 1848. The bor. returns 2 members to Parliament.