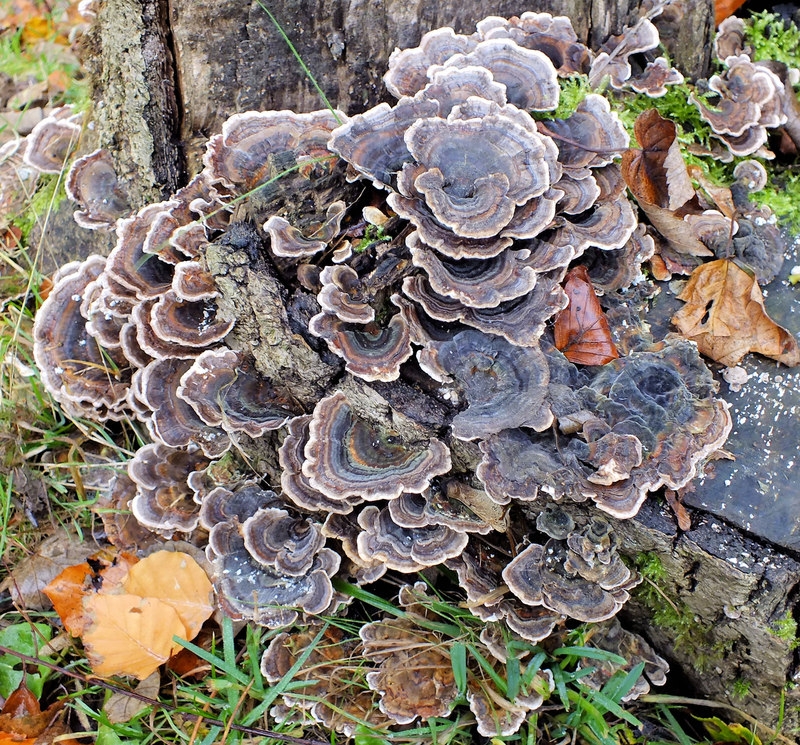 Growing on an old Ash stump near Fonthill Lake is a colony of Turkey Tail (Trametes versicolor) fungi. The common name describes the shape that resembles the tail of a displaying Turkey, the 'versicolor' is an indication that this common fungus comes in a wide variety of colours from dark to light. Trametes versicolor has been found to contain a protein-bound polysaccharide, Polysaccharide-K (PSK), that has been used in the treatment of cancer in China and Japan as well as some European countries.

Uploaded to Geograph by Seo Mise on 14 November 2011