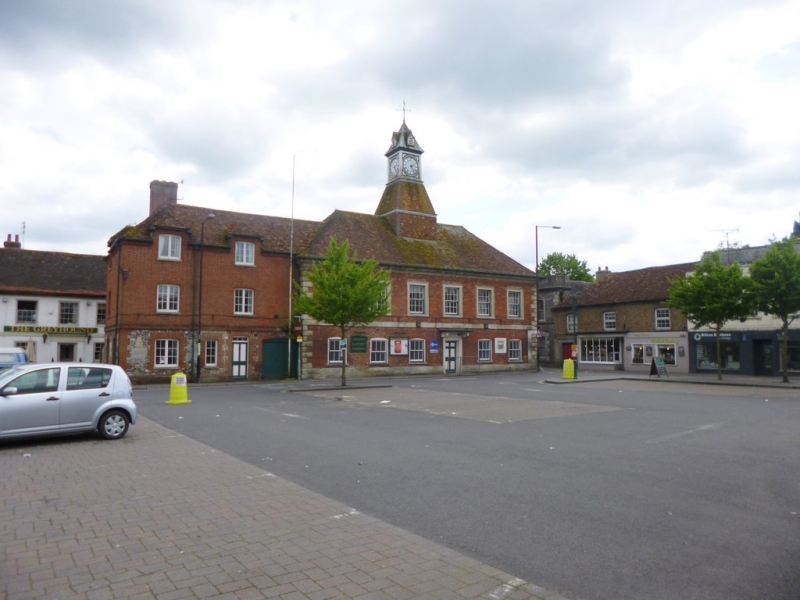 Wilton is a town in Wilton , Wiltshire

Location and coordinates are for the approximate centre of Wilton within this administrative area. Geographic features and populated places may cross administrative borders.

Wilton.-- market town and par. with ry. sta., Wilts, on river Wiley, 2½ miles NW. of Salisbury, 1852 ac., pop. 1826; P.O., T.O., 1 Bank. Market-day, Wednesday. The entire parish forms a local government district. Wilton has been celebrated for its carpets since the time of Elizabeth. It takes its name from its position on the Wiley, and gives name to the county, Wilts. It was the capital of Wessex, had an abbey of about 800 (the site of which is now occupied by Wilton House, seat of the Earl of Pembroke), and was the seat of a diocese from 906 until 1050. It was a borough by prescription, first chartered by Henry I. It returned 2 members to Parliament from Edward I. until 1832, and 1 member from 1832 (when its parliamentary limits were extended) until 1885.

Wilton in the Domesday Book

A village in Cadworth hundred, in the county of Wiltshire.