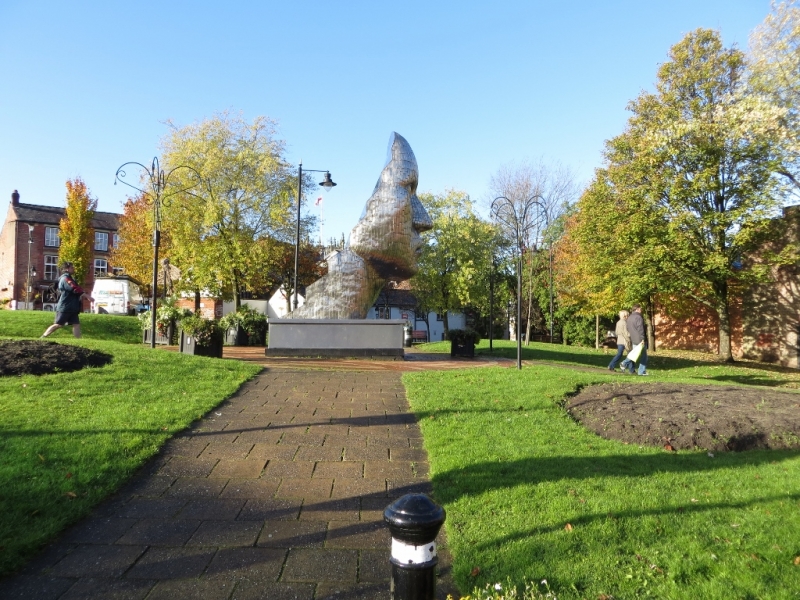 Wigan is a town in England

Location and coordinates are for the approximate centre of Wigan within this administrative area. Geographic features and populated places may cross administrative borders.

Wigan, parl. and mun. bor., manufacturing town, par., and township, SW. Lancashire, on river Douglas, 21½ miles NE. of Liverpool - par., 29,033 ac., pop. 117,725; bor. and township, 2188 ac., pop. 48,194; 3 Banks, 2 newspapers. Market-days, Monday and Friday. Wigan is an ancient place, but has become of consequence only since the rise of the cotton mfr. Its position in the midst of a great and rich coalfield, and its easy means of transit by railway and canal, have given it peculiar facilities for mfrs., which consist chiefly of calicoes, checks, fustians, and other cotton fabrics. It has also linen works, iron foundries, iron forges, iron rolling mills, railway waggon works, chemical works, breweries, and a papermill. Some of its cotton mills and iron works are among the largest in the kingdom. The original parish church of All Saints dates from the 14th century. A public park of 30 acres was opened in 1878. Wigan was a borough by prescription, first chartered by Henry III. It returns 1 member to Parliament; it returned 2 members from the time of Edward VI. until 1885.