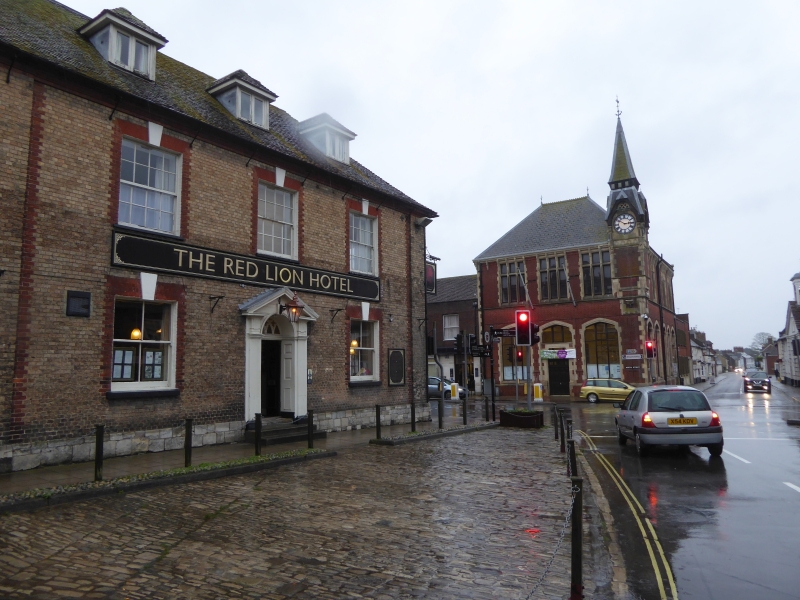 Wareham is a town in Dorset

Location and coordinates are for the approximate centre of Wareham within this administrative area. Geographic features and populated places may cross administrative borders.

Wareham, market town, Dorset, between the Piddle and the Frome, near their influx to a creek of Poole harbour, 15 miles E. of Dorchester and 123½ miles SW. of London by rail, 124 ac., pop. 2112; P.O., T.O., 2 Banks, 1 newspaper. Market-day, Tuesday. The town comprises parts of the parishes of Wareham Holy Trinity, 2670 ac. (150 water), pop. 818; Wareham Lady St Mary, 823 ac., pop. 1476; and Wareham St Martin, 4873 ac. (840 water), pop. 730; and is a place of great antiquity, which figured in British, Roman, and Saxon times. It is still surrounded on three sides by the old British earth wall. There was at one time a considerable harbour, which became choked up. No vestige remains of the castle. There is a 5-arched bridge over the Frome, and a 3-arched bridge over the Piddle. Trade is carried on in corn and cattle, and in fine potters' clay. Horace Walpole (1717-1797) was a native. Wareham was anciently a borough by precription (so styled in Domesday Book), and was chartered by Queen Elizabeth. It sent 2 members to Parliament from Edward I. until 1832 (when its parliamentary limits were extended), and 1 member from 1832 until 1885.

Wareham in the Domesday Book

A village in Winfrith [Newburgh] hundred, in the county of Dorset.