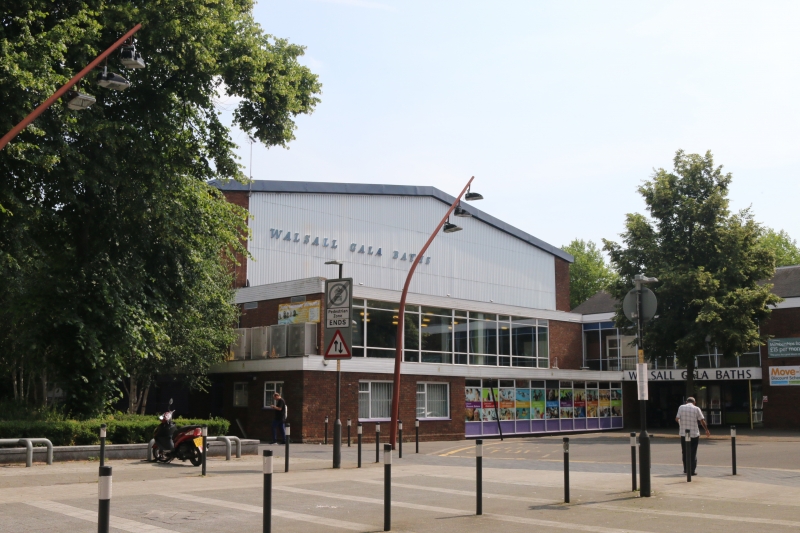 Walsall is a town in England

Location and coordinates are for the approximate centre of Walsall within this administrative area. Geographic features and populated places may cross administrative borders.

Walsall, parl. and mun. bor., market town, and par., Staffordshire, 8 miles NW. of Birmingham and 123 from London by rail - par., 8182 ac., pop. 58,453; parl. bor., 7478 ac., pop. 59,402; mun. bor., 6929 ac., pop. 58,795; 3 Banks, 3 newspapers. Market-day, Tuesday. The par. consists of the 2 townships of Walsall Borough and Walsall Foreign, pop. 7652 and 50,801; the bor. extends into Rushall par. Walsall is an ancient place, but has risen into importance only in modern times. Situated on the margin of the South Staffordshire coal-field, it has great advantages for carrying on the iron manufacture, and it produces saddlers' ironmongery, saddles, harness, and all kinds of leather goods. It has also numerous iron and brass foundries, tanneries, and corn mills; while in the vicinity are extensive coal mines and limestone quarries. It has several spacious streets and good public buildings, including the Guildhall (1867), Agricultural Hall (1868), and Cottage Hospital (1878). Walsall was made a mun. bor. in the time of Henry IV., and a parl. bor. in 1832; it returns 1 member to Parliament.