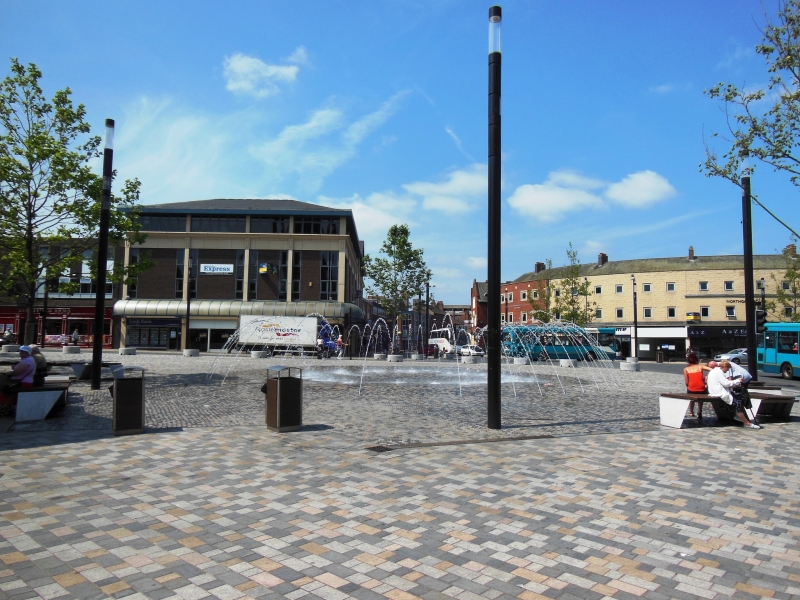 Wakefield is a city in England

Location and coordinates are for the approximate centre of Wakefield within this administrative area. Geographic features and populated places may cross administrative borders.

Wakefield, parl. and mun. bor., market town, par., and township, S. div. West-Riding Yorkshire, on river Calder, 9 miles S. of Leeds and 176 from London by rail - par., 10,056 ac., pop. 51,140; township, 758 ac., pop. 22,173; mun. bor., 1553 ac., pop. 30,854; parl. bor., pop. 34,566; 4 Banks, 4 newspapers. Market-days, Wednesday and Friday. Wakefield is a well-built town, with wide and regular streets, and with handsome public buildings. A curious relic of antiquity is the chapel on the bridge which spans the Calder, built by Edward IV. in memory of his father, Richard, Duke of York. Wakefield has considerable mfrs. of woollens, worsteds, and hosiery, breweries, roperies, foundries, railway waggon works, and cocoa-fibre mat manufactories; it is a great mart for corn, malt, and wool; and in the neighbourhood are extensive coal mines. It was the scene of a battle in 1460, in which Richard, Duke of York, was defeated and slain; it was also the scene of frequent strife during the Civil War. Wakefield was incorporated in 1626; it was made a parliamentary borough in 1832, and returns 1 member; its parliamentary limits were extended in 1885 so as to include the Belle Vue portion of Sandal Magna parish.

Wakefield in the Domesday Book

A village in Agbrigg hundred, in the county of Yorkshire.