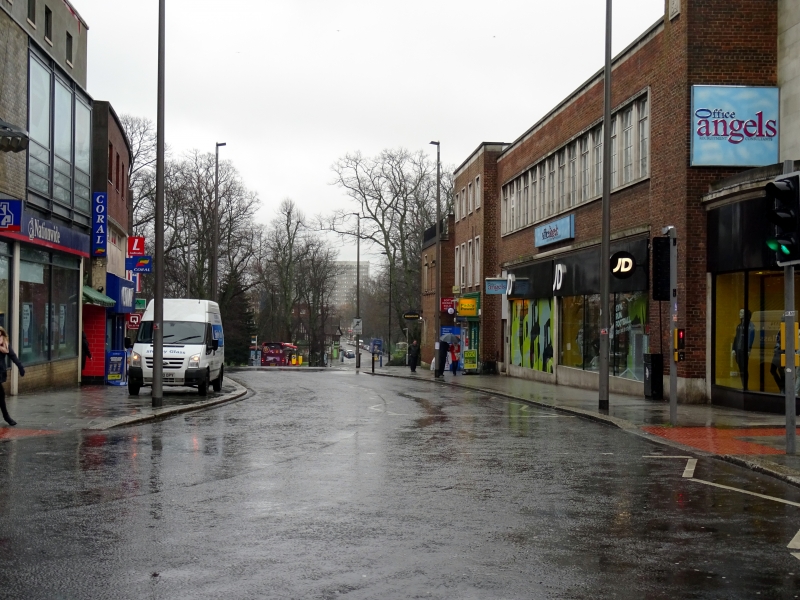 Southampton is a city in England

Location and coordinates are for the approximate centre of Southampton within this administrative area. Geographic features and populated places may cross administrative borders.

Southampton, parl. and mun. bor., seaport town, and co. in itself, Hants, at head of Southampton Water, on peninsula between the mouths of the Test and the Itchen, 18 m. NW. of Portsmouth and 79 SW. of London by rail - mun. bor., 2004 ac., pop. 60,051; parl. bor., pop. 84,384; 4 Banks, 4 newspapers. Market-day, Friday. The modern prosperity of Southampton is due to its selection as the mail-packet station for the East and West Indies, and the principal British colonies. It is the most important mail-packet station in the kingdom, and the calling-port of several lines of steamships. The dock accommodation is extensive, and the maritime trade is large and rapidly increasing. (For shipping statistics, see Appendix.) Numerous steam vessels have been built of late years, and the industries are chiefly in connection with marine architecture and engineering, but they also include brewing, coachbuilding, and sugar refining. Southampton stands on an acclivity rising gradually from the sea, and consists of an old town and a new town. There are still standing considerable remains of the ancient walls and three of the gates, the most notable of which is the Bar Gate, with its huge figures of Sir Bevis of Hampton and the giant Ascaparte, and with the town hall in the upper part of it. Among the other objects of interest are St Michael's church, a large Norman structure; the free grammar school, where Dr Isaac Watts was educated; the Southampton College; the Hartley Institution of Science and Art; the Domus Dei Hospital (time of Henry III.), with St Julien's Preach Protestant church attached; the headquarters of the Ordnance Survey; and the public parks. Of these last the most important is Southampton Common, a beautiful tract of richly wooded pleasure-ground, extending to about 400 ac.; on the common are the racecourse, arboretum, and cemetery. In the neighbourhood of Southampton are the extensive ruins of Netley Abbey, beyond which is the Royal Victoria Hospital for sick soldiers. Founded by the Saxons near the site of the old Roman station at Bitterne, Southampton was an important place both before and after the Conquest, and till 1522 was frequently the place of rendezvous for expeditions against France. It was first chartered by Henry I., and has sent 2 members to Parliament since Edward I. The parliamentary limits were extended in 1885 so as to include the parish of Millbrook, the ecclesiastical district of Bitterne, the parish of Southampton St Mary Extra, and the detached part of Hound par. included in St Mary Extra par.

Southampton in the Domesday Book

A village in Mansbridge hundred, in the county of Hampshire.