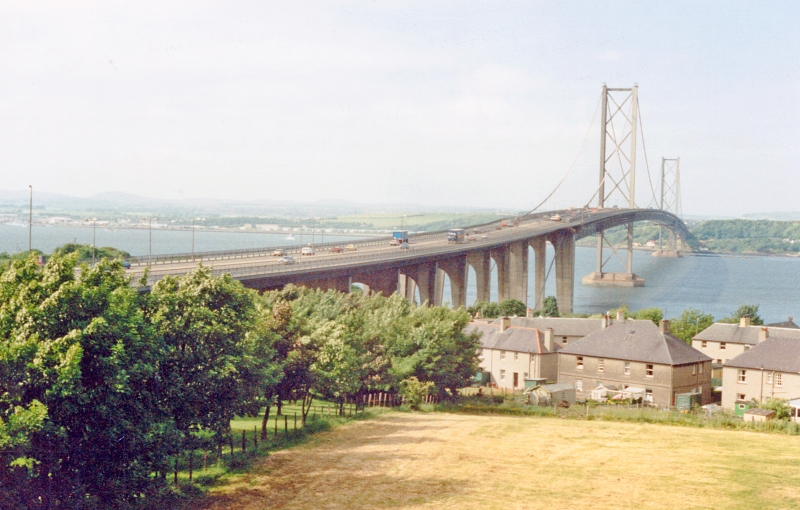 Queensferry is a town in City of Edinburgh

Location and coordinates are for the approximate centre of Queensferry within this administrative area. Geographic features and populated places may cross administrative borders.

Queensferry (or South Queensferry), parl. and royal burgh, par., and small seaport town, Linlithgowshire, on the Firth of Forth, 13 miles NW of Edinburgh by rail - par. and royal burgh, 11 ac., pop. 1064; parl. burgh, pop. 1676; town, pop. 1966; P.O., T.O., 1 Bank. The parl. burgh and town extend into Dalmeny par. Queensferry, situated at the south end of the great Forth Bridge, so named from being the place where Margaret the queen of Malcolm Canmore crossed the Forth on her frequent journeys between Edinburgh and Dunfermline, was long an important ferry station. It has some coasting trade. There are remains of a Carmelite friary built in 1332. Queensferry is one of the Stirling Burghs, which return 1 member to Parliament.