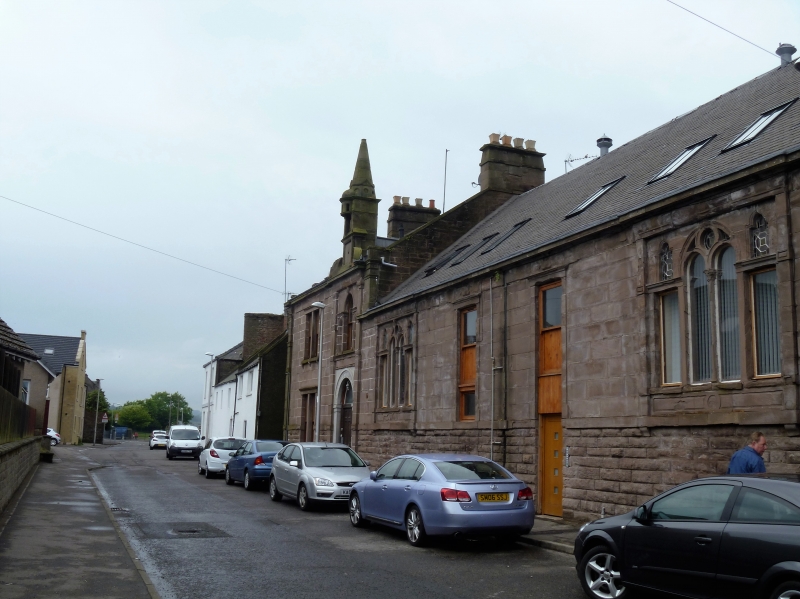 Montrose is a town in Angus

Location and coordinates are for the approximate centre of Montrose within this administrative area. Geographic features and populated places may cross administrative borders.

Montrose, parl. and royal burgh, seaport, and par., NE. Forfarshire, at mouth of river South Esk, 10 miles E. of Brechin, 31 miles NE. of Dundee, 76 miles NE. of Edinburgh, and 492 miles N. of London by rail - par., 4134 ac., pop. 16,303; parl. burgh, pop. 14,973; royal burgh, pop. 14,177; town, pop. (including Rossie island) 14,994; P.O., T.O.; 8 Banks, 2 newspapers. Market-day, Friday. Montrose is a place of considerable antiquity; it was sacked by the Danes in 980, and was a principal town of Scotland in the middle of the 13th century. The town is situated on a flat peninsula at the N. side of the mouth of the South Esk. To the W. of the town the river expands into a broad tidal lagoon known as the Montrose Basin, and is crossed by a suspension bridge and a railway viaduct. The harbour, comprising the reach of the river from the suspension bridge to the sea, is naturally deep and well sheltered, and the quays are well constructed and commodious. The trade with the Baltic and Canada is considerable. (For shipping statistics, see Appendix.) The principal industries are flax-spinning, and the weaving of canvas, floorcloths, sailcloth, and other fabrics. Montrose is the headquarters of a fishery district extending from Broughty Ferry to Gourdon. The Montrose Burghs return 1 member to Parliament; they consist of Montrose, Arbroath, Brechin, Forfar, and Inverbervie.