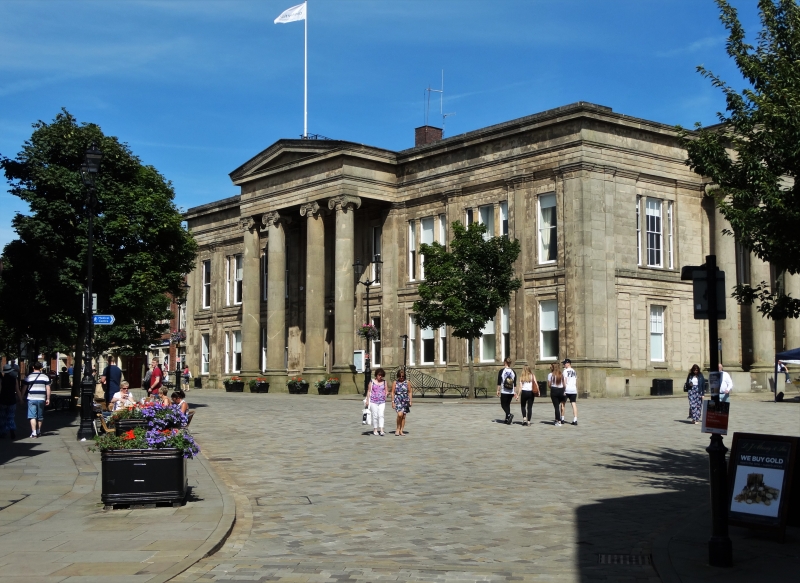 Macclesfield is a town in Cheshire East

Location and coordinates are for the approximate centre of Macclesfield within this administrative area. Geographic features and populated places may cross administrative borders.

Macclesfield.-- mun. bor., market town, and township, Prestbury par., Cheshire, on river Bollin and adjacent to the Macclesfield Canal, 17 miles S. of Manchester and 165 miles NW. of London by rail - township, 2580 ac., pop. 28,619; bor., 3215 ac., pop. 37,514; 3 Banks, 3 newspapers. Market-days, Tuesday and Saturday. Macclesfield has an agreeable position on an eminence in proximity to the district known as Macclesfield Forest. It had an early appearance on the stage of history owing to its being a part of the estates of the Earls of Mercia before the Conquest. It was besieged and taken by the Parliamentarians under Sir William Brereton during the Civil War. Afterwards it supplied 4 regiments of 700 men each for the service of Charles II., while he was at the head of his army in Scotland. In 1745 it was occupied by the forces of Prince Charles. Silk mfr. in nearly all its branches forms the staple trade. The first silk mill was opened in 1756. For many years the silk throwsters of Macclesfield supplied material to the Spitalfield weavers. The town has extensive mfrs. of upholsterers' trimmings, a few cotton and smallware factories and some breweries. Coal mines and slate and stone quarries are worked in the vicinity. The fine old church of St Michael, founded in 1278, is its most interesting building. Macclesfield was incorporated in the reign of Henry III., and was made a parliamentary borough in 1832. It returned 2 members to Parliament from 1832 until 1885, when it was disfranchised.

Macclesfield in the Domesday Book

A village in Hamestan hundred, in the county of Cheshire.