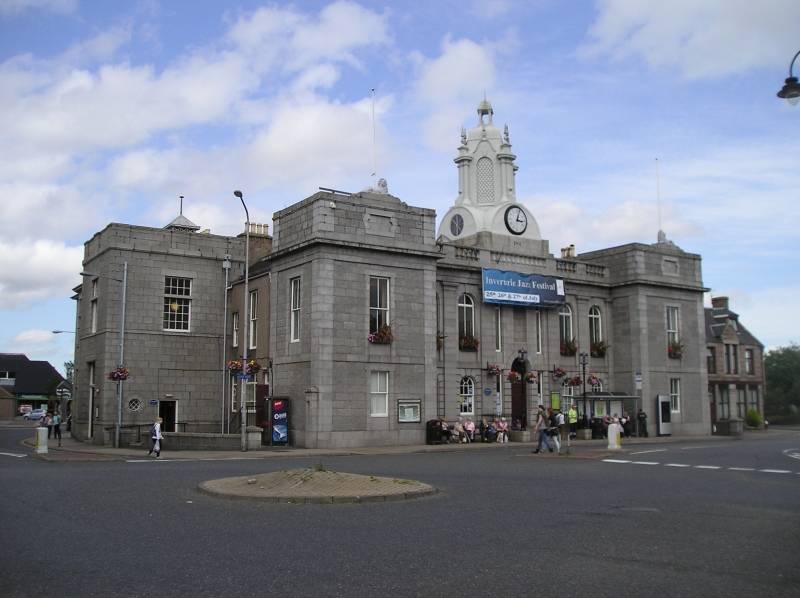 Inverurie is a town in Aberdeenshire

Location and coordinates are for the approximate centre of Inverurie within this administrative area. Geographic features and populated places may cross administrative borders.

Inverurie, parl. and royal burgh, and par., with ry. sta., at the confluence of the Ury with the Don, in co. and 16 miles NW. of Aberdeen - par., 4946 ac., pop. 3038; parl. burgh (partly also in Kintore par.), pop. 2931; royal burgh, pop. 2669; town (including Port Elphinstone in Kintore par.), pop. 3048; P.O., T.O., 3 Banks. Inverurie is an ancient place, claiming to have been made a royal burgh by William the Lion or Robert Bruce. It has a few small industries, and is the centre of trade for a considerable extent of surrounding country. William Thom (1799-1850), "the Weaver Poet," was for many years a resident. At the S. end of the town is a conical mound called the Bass of Inverurie. Inverurie is one of the Elgin District of Parliamentary Burghs, which returns 1 member.