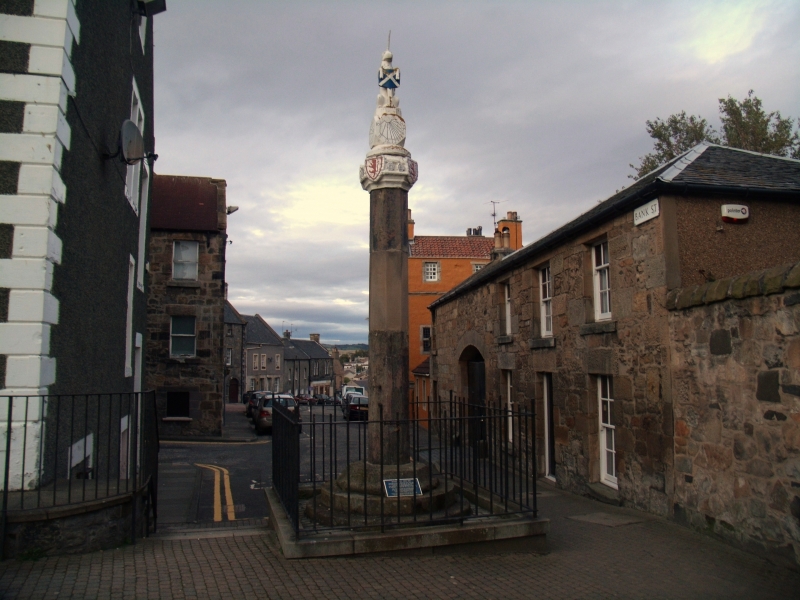 Inverkeithing is a village in Fife

Location and coordinates are for the approximate centre of Inverkeithing within this administrative area. Geographic features and populated places may cross administrative borders.

Inverkeithing, parl. and royal burgh, and par. and quoad sacra par., Fife - par., 4482 ac., pop. 2565; quoad sacra par. (including part of Dunfermline par.), pop. 2753; parl. burgh, pop. 1646; royal burgh, pop. 1366; town with ry. sta., on Inverkeithing Bay, Firth of Forth, 3¾ miles SE. of Dunfermline, pop. 1653; P.O., T.O., 1 Bank. Market-day, Monday. Inverkeithing is a royal burgh of ancient date, having a charter from William the Lion. A house is still pointed out as the residence of Annabella Drummond (1340-1403), the widowed queen of Robert III., and near it vestiges have been discovered of a monastery. The church, except the Middle Pointed tower, is modern, but contains an old font, one of the finest in Scotland. The harbour, at spring tides, admits vessels of 200 tons. Shipbuilding and several other small industries are carried on. Inverkeithing is one of the Stirling District of Parliamentary Burghs, which returns 1 member.