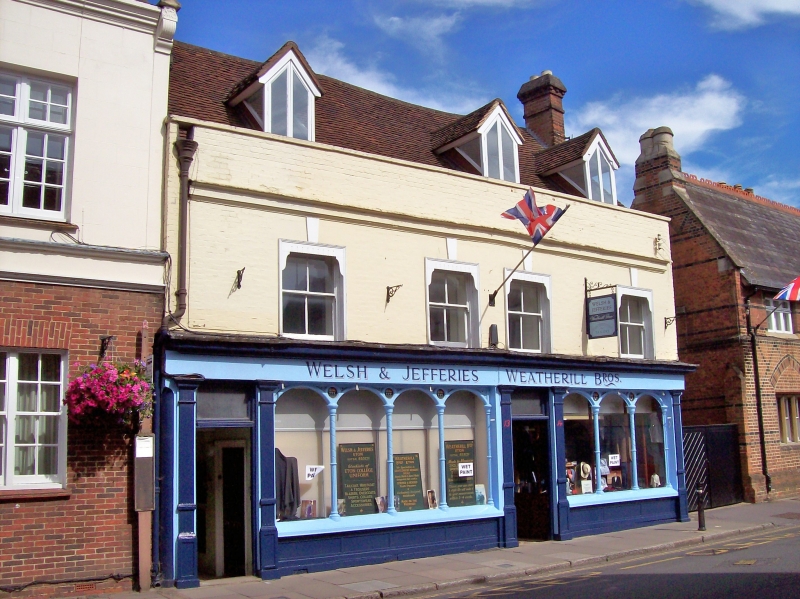 Eton is a town in Windsor and Maidenhead

Location and coordinates are for the approximate centre of Eton within this administrative area. Geographic features and populated places may cross administrative borders.

Eton, town and par., on S. border of Bucks, on left bank of river Thames, opposite Windsor (with which it is connected by a bridge), and 21 miles SW. of London -- par., 786 ac. (23 water), pop. 3984; town, pop. 3464; P.O., T.O. Eton is known chiefly for its college (founded by Henry VI. in 1440), one of the great public schools, at which some of the most celebrated men of England have been educated. The original structure, begun in 1441, and finished in 1523, has received large additions during the present century. The foundation comprises a provost and 10 fellows; a head master, and a second master; and 70 "collegers, " or scholars on the foundation. Besides these there are between 800 and 900 "oppidans, " who lodge outside the college. The annual income, originally a few hundreds, is now upwards of £20,000. The population of the parish includes Eton College; the entire town is included in the parliamentary limits of Windsor.

Eton in the Domesday Book

A village in Stoke hundred, in the county of Buckinghamshire.