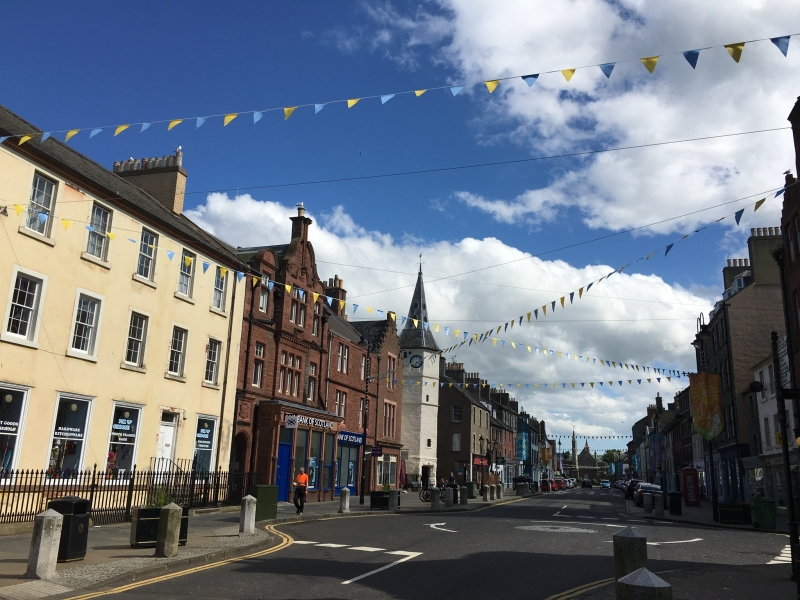 Dunbar is a town in East Lothian

Location and coordinates are for the approximate centre of Dunbar within this administrative area. Geographic features and populated places may cross administrative borders.

Dunbar, royal burgh and seaport town, and par., Haddingtonshire, 29¼ miles E. of Edinburgh by rail and 367 NW. of London -- par., 7497 ac., pop. 5396; royal burgh, pop. 3745; town, pop. (with Belhaven) 1661; P.O., T.O., 3 Banks. Market-day, Tues. Dunbar has a bracing air, and is coming into favour as a heath resort. It has valuable herring fisheries. The harbour has been greatly enlarged and improved. Boatbuilding is carried on. On a rock near the harbour stand the ruins of Dunbar Castle (captured by Edward I.), formerly a place of great strength. At the Race of Dunbar, in 1650, Cromwell defeated the Scottish army under Leslie. Dunbar united with Haddington, North Berwick, Jedburgh, and Lauder in returning 1 member to Parliament until 1885.