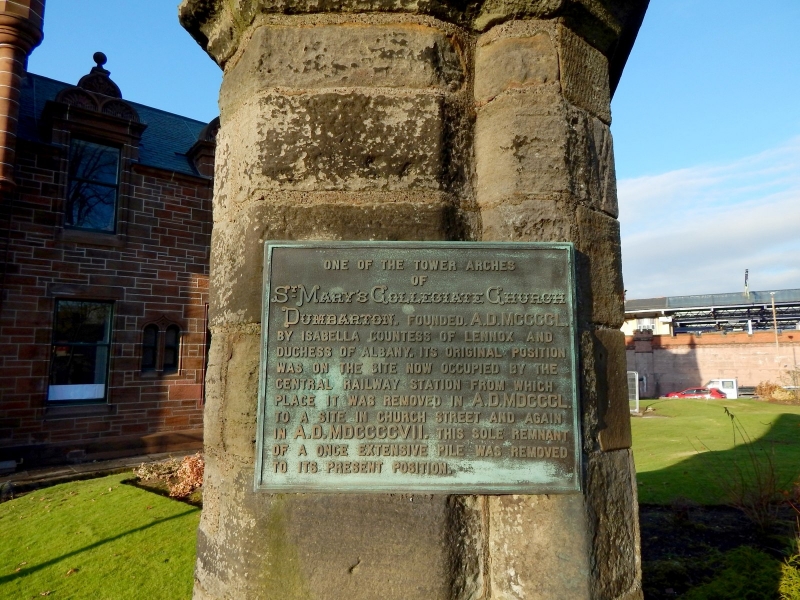 Dumbarton is a town in West Dunbartonshire

Location and coordinates are for the approximate centre of Dumbarton within this administrative area. Geographic features and populated places may cross administrative borders.

Dumbarton, cap. of co., parl. and royal burgh, par., market town, and seaport, Dumbartonshire, at the confluence of the Leven and the Clyde, 16 miles NW. of Glasgow by rail, 63 W. of Edinburgh, and 400 NW. of London -- par., 8291 ac., pop. 10,902; parl. burgh, pop. 13,782; royal burgh, pop. 10,898; town, pop. 14,172; P.O., T.O., 3 Banks, 2 newspapers. Market-day, Tuesday. Dumbarton is an ancient place; it is supposed to have been a naval station of the Romans, and subsequently the capital of the British kingdom of Strathclyde. Its principal trade formerly was the mfr. of crown glass; it is now shipbuilding, and particularly the construction of iron steamers. The harbour is commodious, and a pier constructed from the foot of the Rock gives access to the river steamers. Dumbarton Rock shoots sheer up to a height of 240 ft., and is almost insulated at high water; it is crowned by Dumbarton Castle, one of the four Scottish castles stipulated by the Treaty of Union to be garrisoned and kept in repair. The burgh unites with Kilmarnock, Renfrew, Rutherglen, and Port-Glasgow in returning 1 member to Parliament.