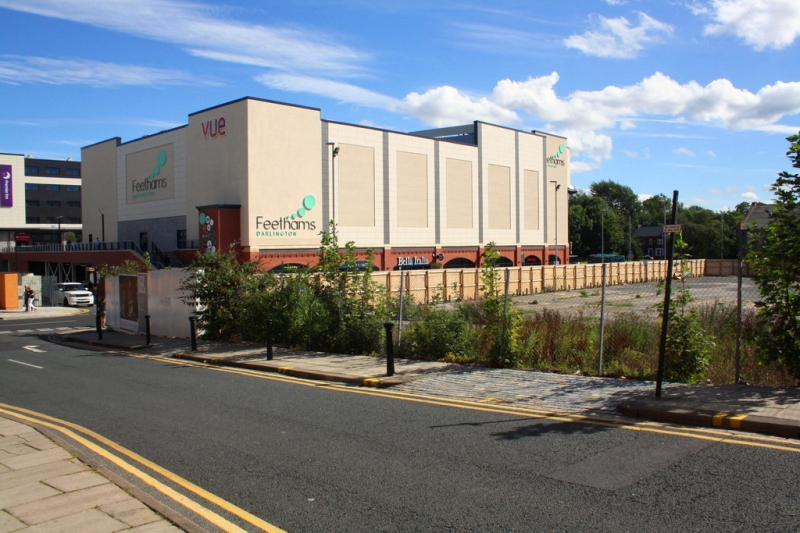 Darlington is a town in England

Location and coordinates are for the approximate centre of Darlington within this administrative area. Geographic features and populated places may cross administrative borders.

Darlington.-- parl. and mun. bor., market town, par., and township, S. Durham, on river Skerne, 12 miles W. of Stockton-on-Tees, 36 S. of Newcastle, and 232 N. of London by rail -- par., 7811 ac., pop. 36,666; township, 3351 ac., pop. 33,428; parl. bor. and mun. bor., 3910 ac., pop. 35,104; 4 Banks, 4 newspapers. Market-days, Monday and Friday. Since the opening of the Stockton and D. Ry., D. has been the centre of the industrial dist. of S. Durham. It has large iron and steel works, extensive locomotive establishments, breweries, tanneries, and some wool mills. St Cuthbert's Collegiate Church dates from the beginning of the 13th century. D. may be regarded as the birthplace of the modern railway. The Stockton and Darlington Ry. was the first line in the kingdom on which locomotive steam engines were used. It was projected in 1818, and opened in 1825. George Stephenson (1781-1848), inventor of the locomotive, was the engineer. His engine, "Locomotive No. 1, " stands on a stone pedestal at the North Road station. The bor. returns 1 member to Parliament.